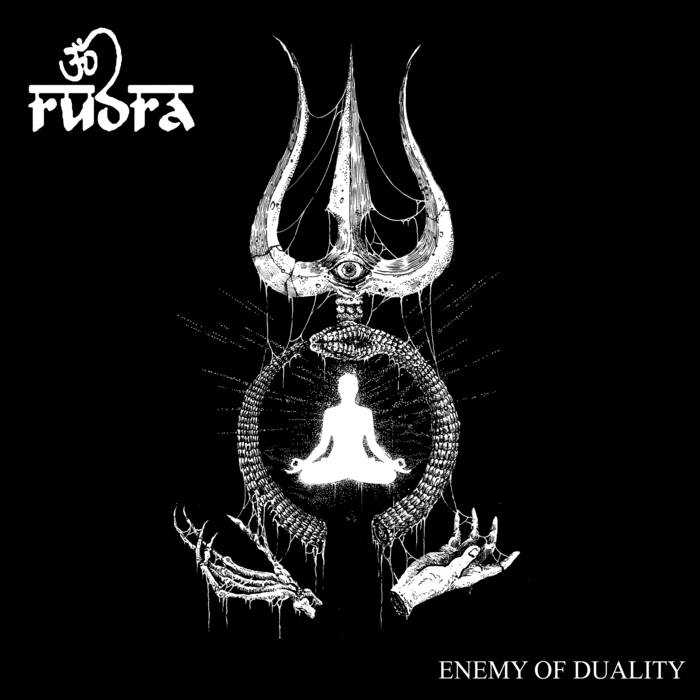 Destructa It's a tough call for favorite track. I love the use of traditional sounds, but the furious shredding & drumming on Acosmic Self has won out in the end! Favorite track: Acosmic Self.

Thomas Hair Rudra play an energetic, riff-driven style of thrashy black/death metal (think Melechesh), with just the right amount of mystical oriental melodicism to break up the action. The hand drums and chants feel really authentic to the Vedic (ancient India) source material and add an atmosphere that flows through all eight tracks. Every song has great riffs, solos and drums to go with the dark ritualistic textures, but "Acosmic Self" is a personal favorite. Can't stop headbanging to that one. Favorite track: Acosmic Self.

Wonderbox Metal The songs are well-written and manage to strike an important balance between conventionally blackened darkness, folk-inspired texture and vibrant ideas.

Head-Banger Reviews nothing short of an extravagant display that should not be passed up for anything
wp.me/p4uzFg-Ws Favorite track: Perception Apparent.

The Haunter of the Dark

'Vedic metal' pioneers since the early '90s return this year with their most ambitious album till date. Having worked hard over the years to forge a unique sound that's a sublime blend of Indian classical music rooted in ancient spirituality and extreme metal encompassing death metal, black metal and thrash metal music, Rudra have influenced many and more importantly, have set standards. Unheralded overlords of Asia, Rudra have a cult following that remains mysteriously loyal, as they hone a sound that's probably unparalleled. Their latest album, again founded on the principles of Vedic spirituality, extemporizes on the conventional extreme metal template and achieves hitherto unknown sonic effects. Indian classical instruments such as sitar, flute, tablas (Indian percussion) and even a didgeridoo are used for this album, along with female vocals and ritualistic chanting to emanate a genuine, spiritual expression. 'Enemy of Duality' is destined to be a landmark from the Orient, one that doesn't abandon the ancient roots and blends the traditional sounds and philosophies seamlessly into music that's at once challenging and hypnotic.

NO CLEAN SINGING (US) PREMIERE - www.nocleansinging.com/2016/09/19/an-ncs-premiere-rudra-abating-the-firebrand/comment-page-1/

THE OBELISK (US) PREMIERE -
theobelisk.net/obelisk/2016/12/14/rudra-enemy-of-duality-hermit-in-nididhyasana-premiere/


- "Rudra’s most ambitious piece yet" - Metal Addicts (US)


- "It’s meditative, and inspiring in its use of Central Asian instruments and chanting" - Echoes & Dust (UK)


- "a shredder’s delight" - Wormwood Chronicles (US)


- "one of my favourite records of this year" - The Killchain (UK)

Bandcamp Daily  your guide to the world of Bandcamp